About Who's behind the Whicher, and why was it created? 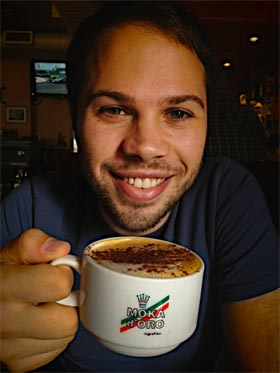 Hello, I’m James, and I made this tool you’re looking at right now.

More about me on my blog.

It’s called “the Whicher” because it helps you answer the question, “Which of these things is best?” Usually The question you pose to your participants starts with “Which”.

But you can learn more about the Whicher and how it works on the home page. So let's move on and learn HISTORY!

A trip in the wayback machine… My Band

I'm in a band called Fortune and Spirits, and when we were making our most recent album, we needed to cut some songs. Actually we had to cut a lot of them. Only 11 of the 35+ songs would make the final cut.

So I came up with this idea: we would take all the songs and show them to our fans, two songs at a time. They'd listen to each one and pick which they liked better, and then – somehow – we'd use all those votes to choose the top 11 songs for the album. Sounding familiar?

Of course, this was somewhat of a large undertaking (as I may be developing a reputation for) and it didn’t actually happen. But the idea, the seed, was there.

Fast forward a year or so…

There I was at the fabulous Startups Unplugged, which is like a mastermind group, or the Micropreneur Academy (all of which I'd recommend to anyone).

I was talking to one of the other entrepreneurs, who's building a jewelry company, and they were trying to figure out which jewelry to advertise, which to list on Etsy, which to put on their home page, etc.

There were dozens of different designs, types, and groupings of their products.

The question quickly became, "which of our jewelry is going to be most popular?"

Everyone can have an opinion on something like that, but there was no data – just hunches and anecdotes.

As you might have guessed, I floated the idea of just designing the jewelry, or make only one, and then use the Whicher (or what would become the whicher) to find out which ones were the best.

Show prospects two at a time, let them choose which one they would be more likely to buy, and so on.

They could make one of each earring instead of pairs, buy one of each chain instead of one for each necklace, photoshop the crystals to be different colors, and so on. Saves time and money, and more importantly: gets to "what the customer wants" much faster.

Everyone in the group thought the idea was great, and said they'd want to use it, so here I am.

I built the tool.

And the jewelry tournament finally happened too!

There are a whole lot of other applications for the Whicher though – just like surveys and A/B testing – the sky is the limit. Use your creativity!

If you come up with something awesome and new, let me know. I'd love to do a case study on the blog.

In fact, I'm also running a perpetual tournament on which of my blog post ideas are best.

What are you waiting for? Actionable Insights are waiting!